There are 3 species of cellar spiders known from Ohio. This represents less than 1% of our spider species; but one of these (Pholcus phalangioides) is extremely common.

Cellar spiders or daddylongleg spiders are sometimes confused with the harvestmen or true daddy-long-legs. Harvestmen are found outdoors and are also very common in Ohio. They are not actually spiders, they are in a related group called Opiliones.  The Opiliones are arachnids, but like scorpions, are “cousins” of true spiders.  There are actually 11 different orders of arachnids in North America.  They are described here.

The cellar spiders are true spiders, so you can see this is confusing! Cellar spiders are common inside buildings, particularly in basements, closets, cellars, and other less disturbed areas. They construct a loose tangle of threads that may become coated with dust forming messy cobwebbing in corners, often near the ceiling. The spiders are gray and relatively small bodied with very long, very thin legs. The spider hangs upside down within the tangle of threads and may vibrate rapidly if disturbed. 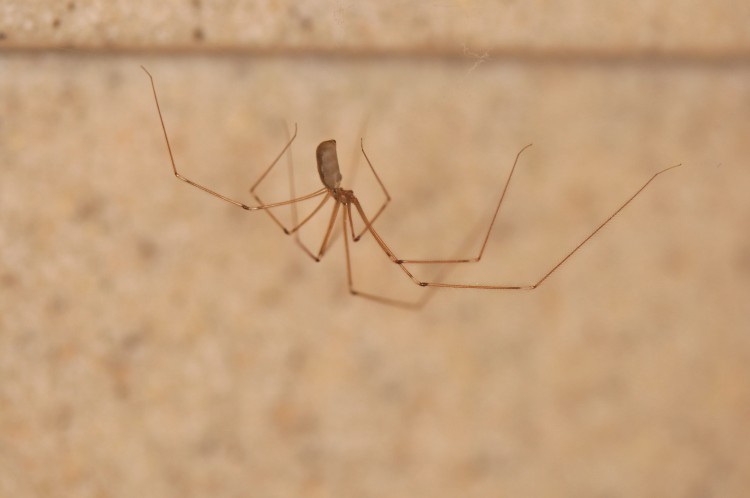