History of the Ohio Spider Survey at 21 (years)

In 1994 with the encouragement of the Ohio Division of Wildlife and the Ohio Biological Survey I initiated a citizen science project called “The Ohio Spider Survey.” The purpose of this survey was twofold: 1) to promote appreciation of spiders and their role in natural environments, and 2) to update our knowledge of the spider species present in Ohio.

The Ohio Department of Natural Resources, Division of Wildlife, Wildlife Diversity program provided funding for a new survey of spiders in our state through the Do Something Wild! state income tax check-off program. The survey was funded through this program between 1994 and 2010. Additional small grant funding from The Ohio State University at Marion was provided during the same period. Administrative assistance was provided by the Ohio Biological Survey, and The Ohio State University.

From the beginning, the Ohio Spider Survey activities included public presentations. A total of 84 programs were presented at a variety of venues including primary and secondary schools, university classes, nature centers and at many natural history focused organizations. In total attendance at public talks and demonstrations totaled at least 4,322. Many of these talks were combined with field workshops. A total of 56 hands-on workshops demonstrating spider observation, photography and collecting techniques were conducted. A third component of the survey were 24 spider identification workshops. These events provided classroom experience for spider survey volunteers with the use of binocular microscopes for detailed examination and identification of spiders. Hands-on field and lab workshop attendance totaled 1,427. This total does not include mass events as part of larger annual “Insect Fairs” of the Columbus Zoo and “Open House” events at the Ohio State University Museum of Biodiversity. In addition to public talks, I gave 31 professional presentations at state and national scientific meetings.

In parallel with the public programs and workshops, publicity included newspaper and magazine articles, live radio interviews, and even a few television programs. These included interviews for television news programs, and five different Wild Ohio programs about spiders and the Ohio Spider Survey. The original Spiders in Ohio web site provided a platform for information about Ohio’s spider fauna including an easy mechanism for submission of photographs and instructions on submitting specimens. In addition, all of these activities generated a large number of telephone calls, dozens of letters, and 15,946 email inquiries to date. The email inquiries are seasonal, with a peak in the autumn when spiders have grown to be large and conspicuous. 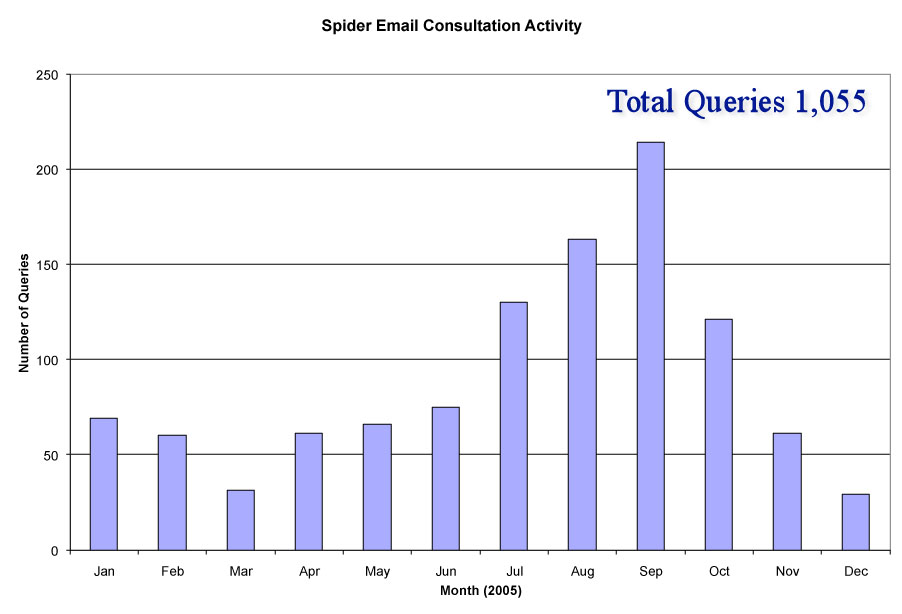 The first check-list of spiders in Ohio was published by William Morton Barrows of the Department of Zoology and Entomology at The Ohio State University. Barrows publications (1919, 1924) listed 306 species of spiders known from the state. As a result of a review of the published literature since that time, as well as specimens collected during the Ohio Spider Survey, the list of species known for Ohio has increased to 649 species. As of June, 2015 the Ohio Spider database includes 17,440 records representing 41,333 individual specimens. Many of these specimens were contributed by the hundreds of cooperating volunteers throughout Ohio. 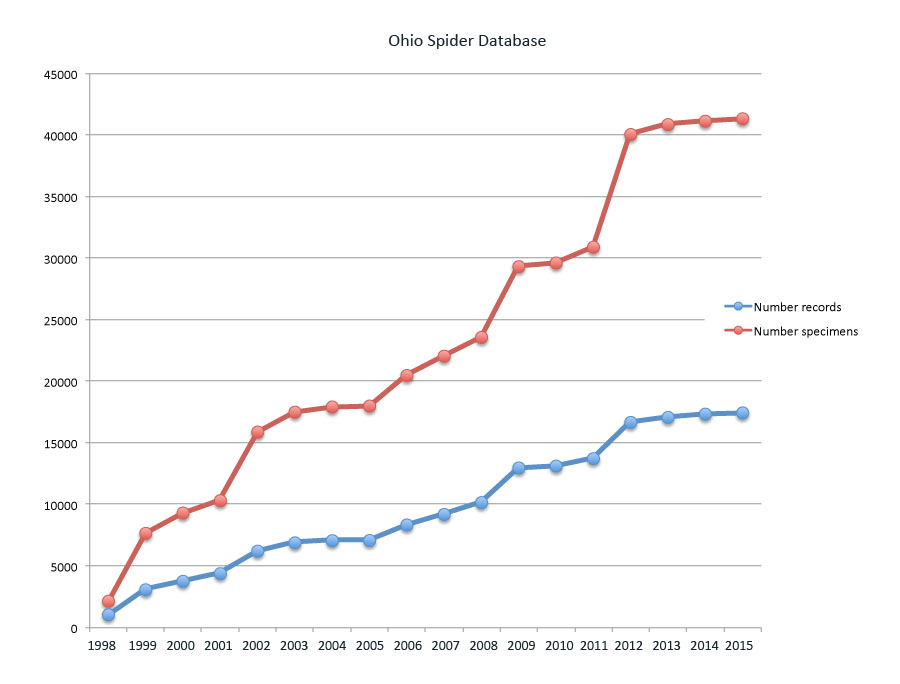 The spider survey work at The Ohio State University, Marion and The Ohio State Columbus campuses was conducted with the following research assistants: Foster Purrington, Audra Gibson, Clay Harris, Bill Hickman, Vicki (Emans) Ciola, and Michael Lester. Brian Armitage, and Allison Boehler-Graves of the Ohio Biological Survey provided administrative assistance. I thank Barb Natterer for her constant encouragement, public education, careful observations, and diligent collection of spiders throughout Ohio. Staff at the Ohio Division of Wildlife, Wildlife Diversity program were essential to the success of this project, I thank Carolyn Caldwell, Donna Daniel, Tim Daniel, Jim McCormac, and Kendra Wecker for their work on behalf of the Ohio Spider Survey. Special thanks to Amy Tovar for assistance in the field, at presentations and workshops, and for being patient while I spent seemingly endless hours working on the Ohio spider project. There are far too many volunteers to list individually here, but without their assistance, this project could not have been completed. 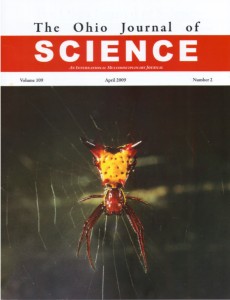 Outstanding citizen-science program award from the Ohio Division of Wildlife for “The Ohio Spider Survey” (March 4, 2009)

Richard Bradley was presented with the Ohio Division of Wildlife Cardinal Award on 11 December 2019.