There are 26 species of meshweavers known from Ohio. This represents about 4% of our spider species.

These small (< 1/8 inch) spiders build a complex mesh tangle in the tops of small bushes or the dry standing remains of last year’s weeds, particularly dried goldenrods. The spider is sometimes difficult to see because it is gray or brown and hides in a silk retreat near the center of the tangle. The silk webbing is distinctive because of irregular bands which zig-zag across the spaces in the web.  A few species (genus Cicurina) build smooth sheets of silk where they hide under logs and other debris on the ground. 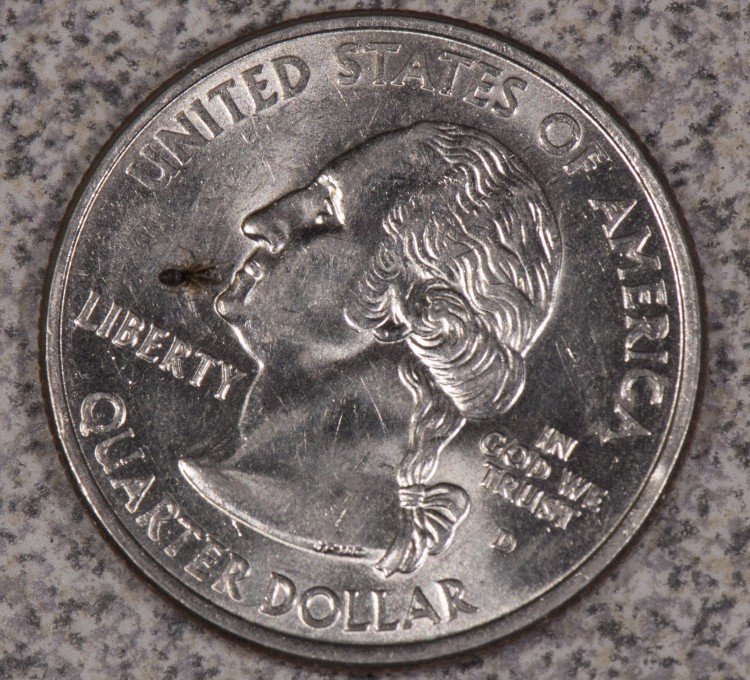 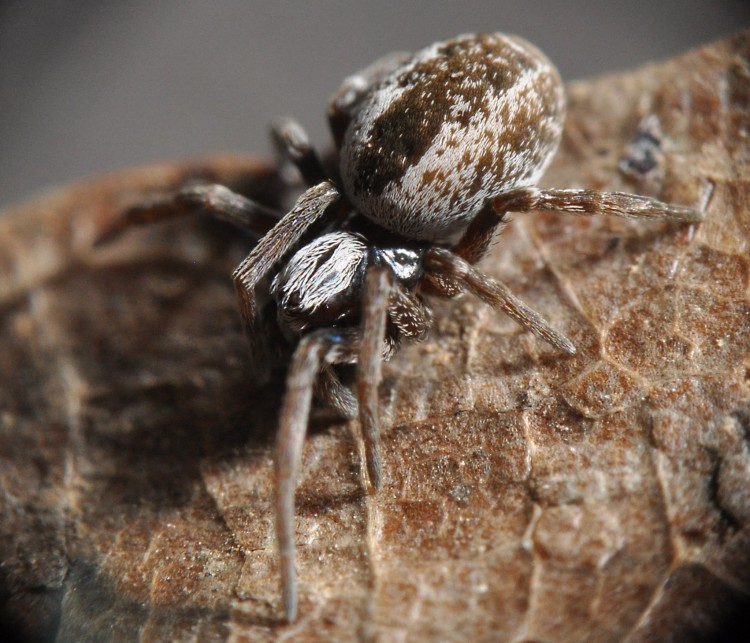 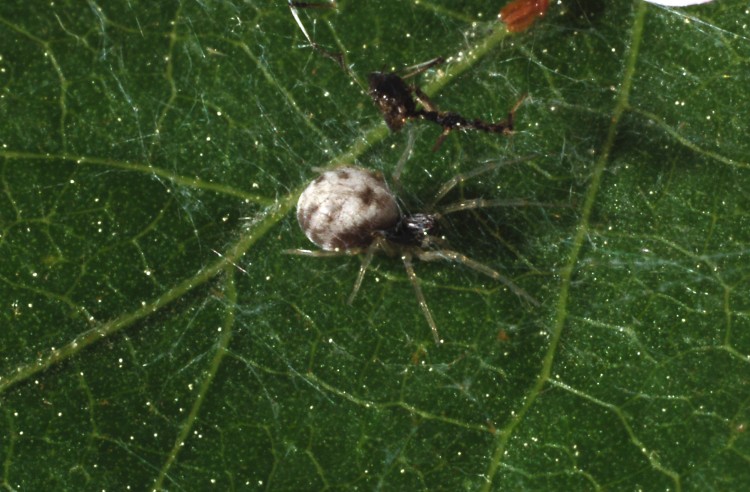 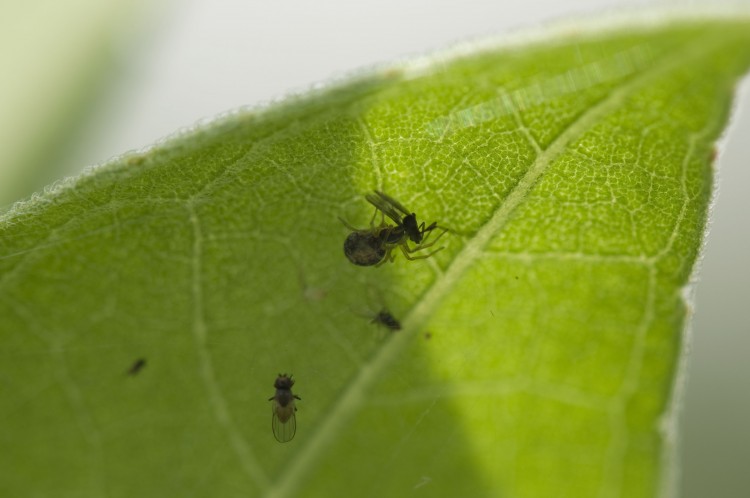 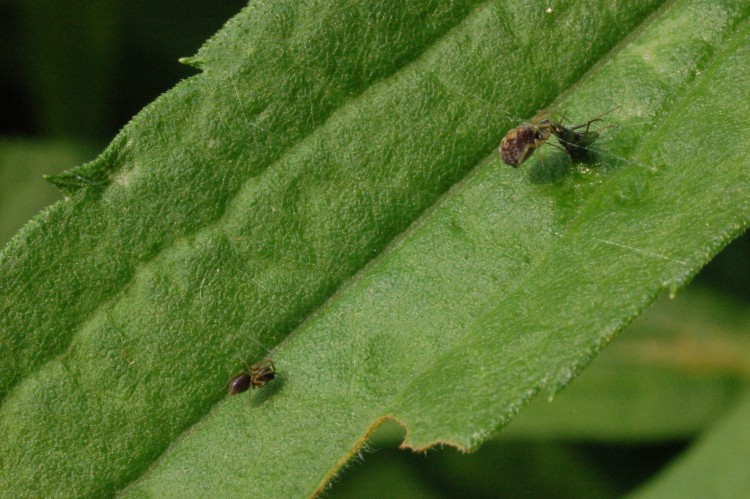 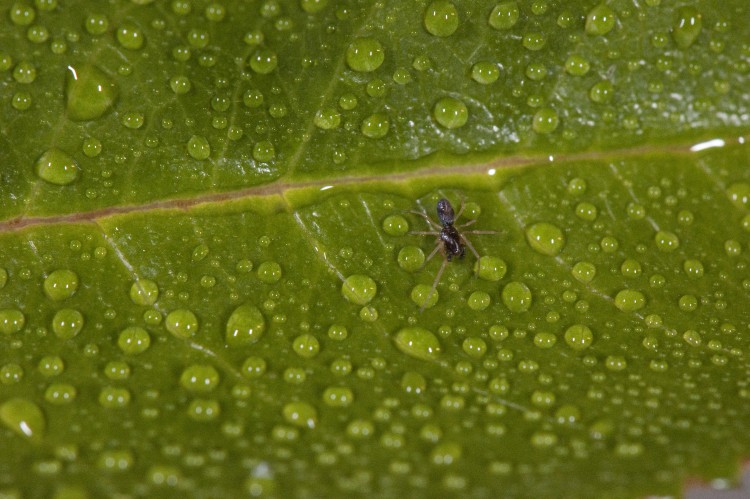 web of a meshweaver on the tip of a dead plant, spider near center 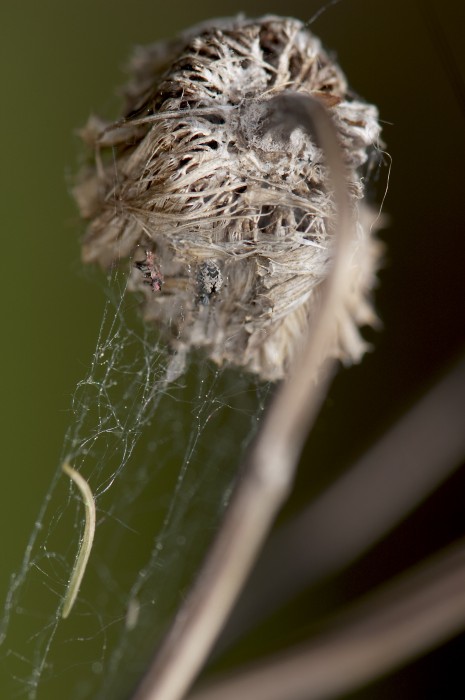 meshweaver in her web on a dead seedhead of a plant 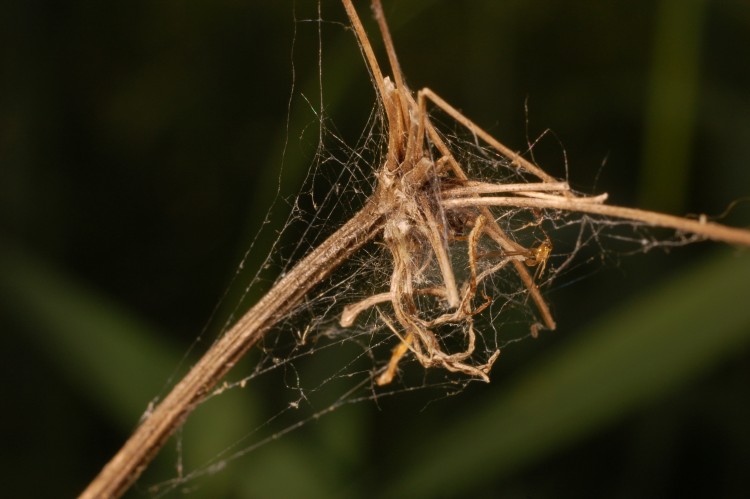 web of a meshweaver on the tip of a dead plant 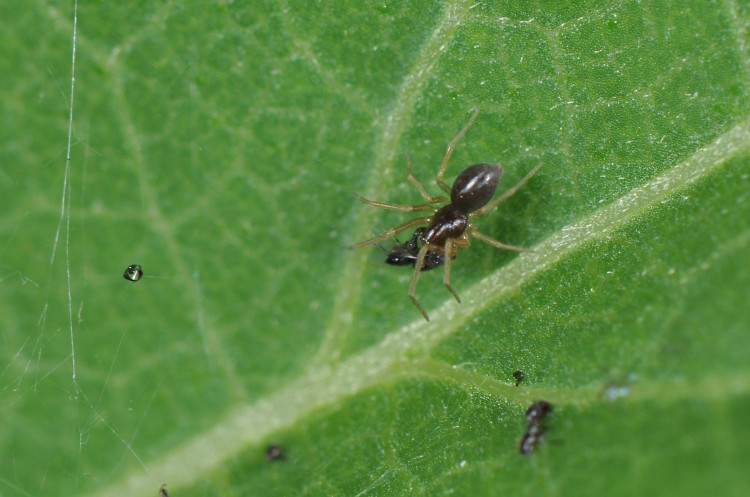 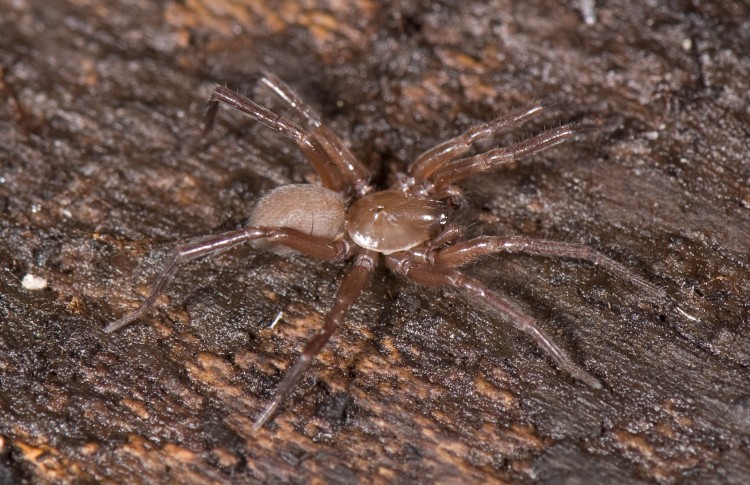