The other day as I was walking from the garden shed towards our house I surveyed some of our milkweed plants, hoping to find a Monarch Butterfly caterpillar. We have seen only a few caterpillars this year. That is better than last year, when I don’t remember seeing any in our yard. Anyway, as I checked the milkweed leaves I noticed a familiar beetle, one of the colorful checkered beetles (members of the family Cleridae). What caught my eye about this beetle is that it was evidently feeding on a patch of white gelatinous material, possibly milkweed sap. 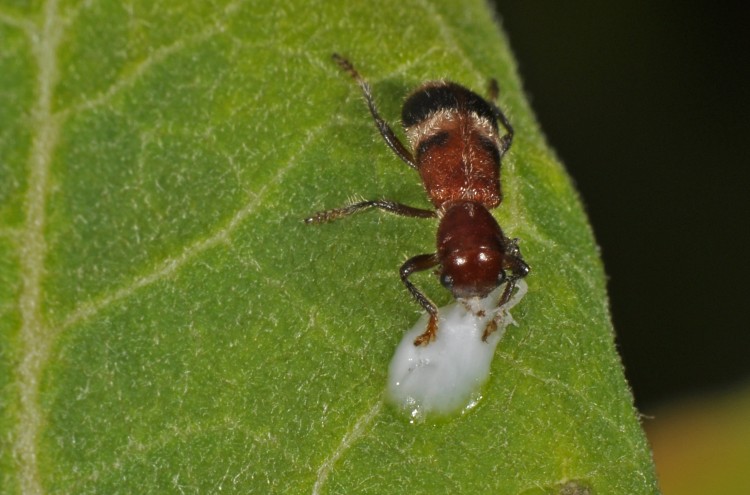 As I watched, it was approached by a spider, a little (about 1/4 inch long) male Tutelina elegans. Then something really odd happened, the spider hopped on top of the beetle. He wasn’t trying to capture the beetle, and didn’t attempt to bite it. He took the position typically adopted by jumping spider males when mating! He reached over the back of the beetle, and rubbed the beetle’s belly with his palp. Then he switched position to do the mirror-image behavior on the other side. This is the typical mating behavior in jumping spiders. If this had been a female spider, the male’s palp would have been inserted into her reproductive openings, right and left one at a time. Below is an illustration from B.J. Kaston’s classic (1948) guide Spiders of Connecticut. I’ve reproduced, with permission of the publisher, the illustration of a pair of Phidippus clarus (a common jumping spider). In this diagram the male is in black, the female in outline. This is figure 2010 drawn by Elizabeth Haban Kaston. 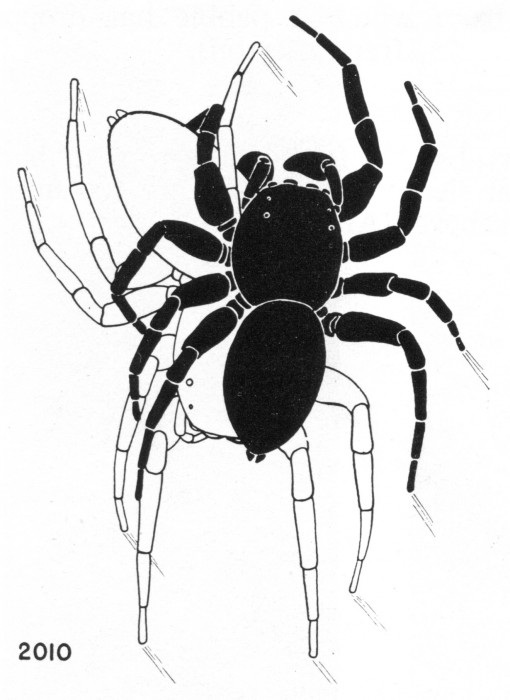 Below are several photos of the odd behavior of that male Tutelina and its beetle “friend.” I guess I can’t decide which is more peculiar, the fact that the spider is trying to mate with a beetle, or that the beetle seems not to react at all! 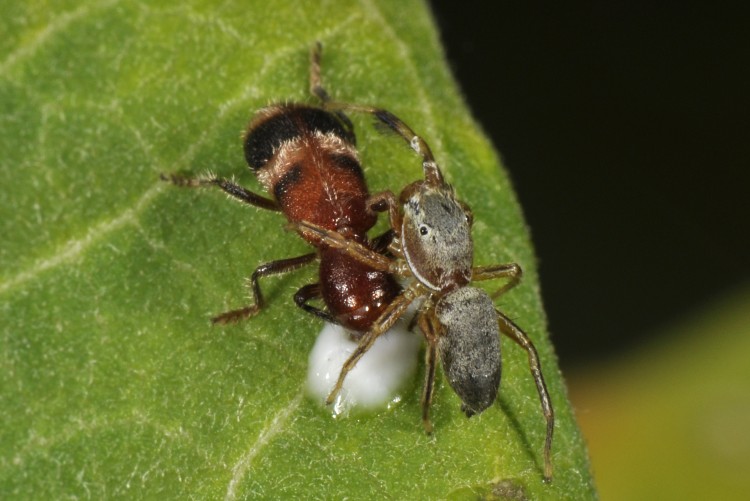 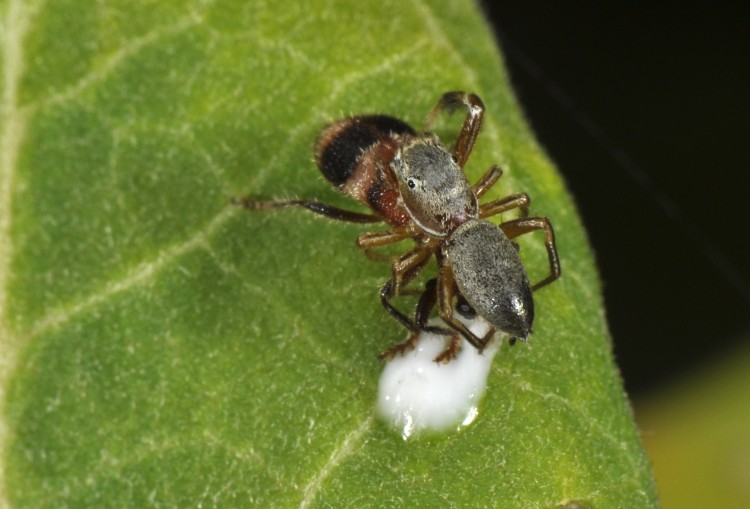 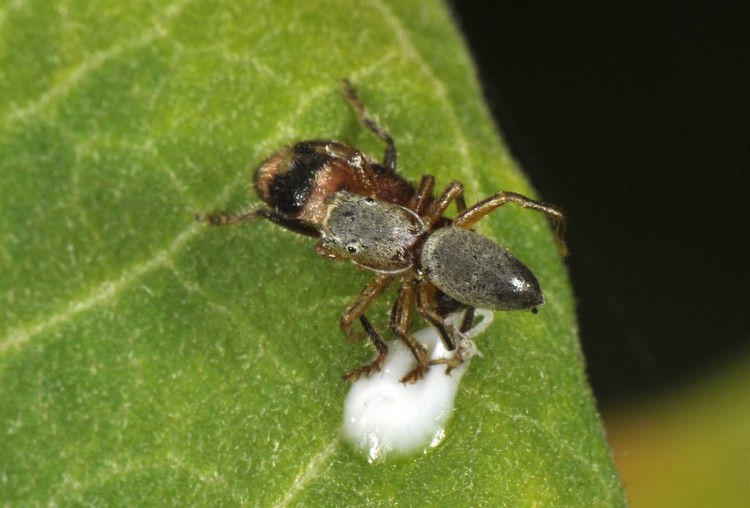 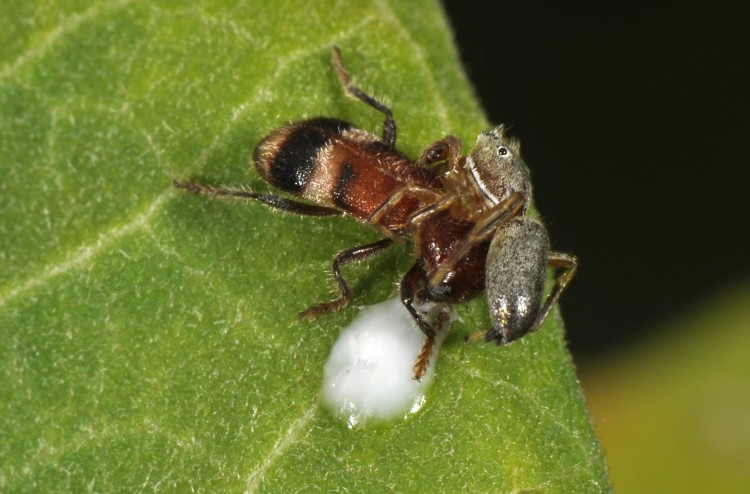 Note that this male spider is missing his left front leg. This loss may have severely limited his ability to attract a female. In this species leg waving is an important part of the courtship dance. Here is a close-up picture of a male searching for a female while waving his dramatic tufted legs.  Check out the funky tufts on his head too! 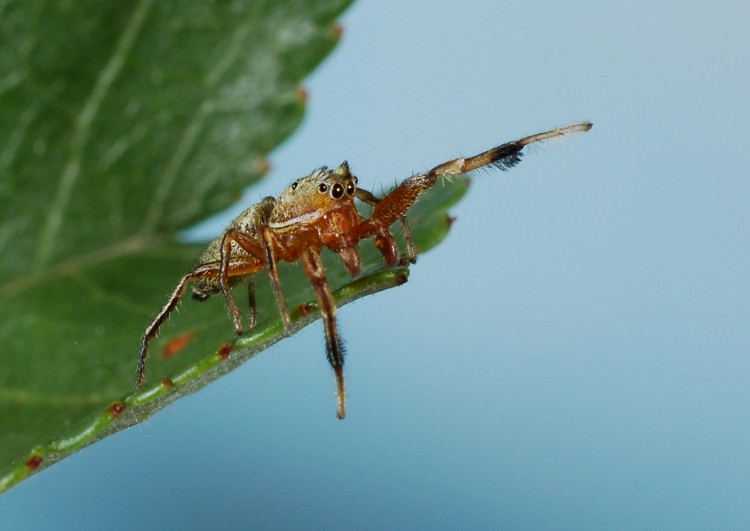 Throughout all of this the beetle remained motionless. It is hard to imagine what it might have been thinking. I’m tempted to speculate that the male spider’s odd behavior was influenced by his missing leg and consequent inability to successfully court a real female spider.

The actual female of this species is a beautiful iridescent green, to our eyes it looks nothing like the checkered beetle. I wonder if there might be more resemblance in the vision of a jumping spider. This possibility seems remote however, because jumping spiders are renown for their high-acuity color vision, an unusual feature among spiders. Of course we don’t know what is going on inside their brains. Below are two photos of female Tutelina elegans. 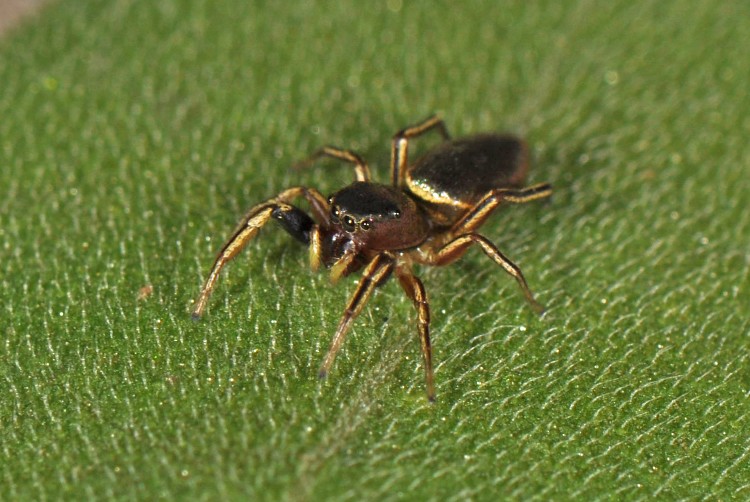 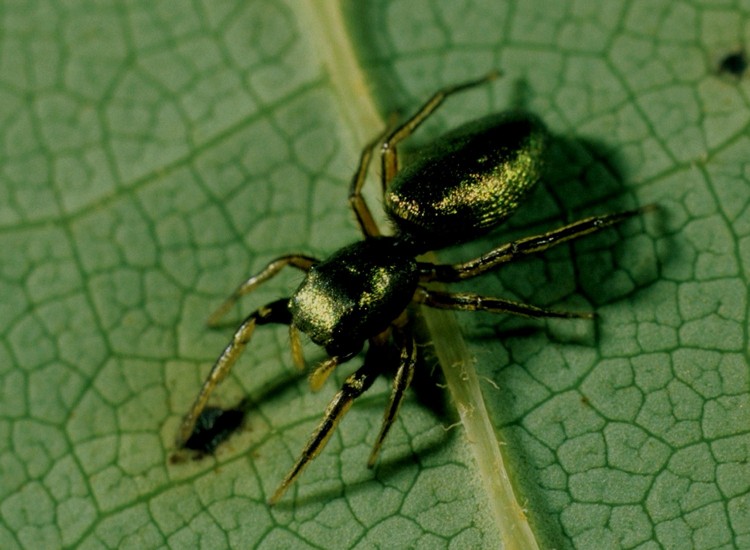 Normally these little iridescent green jumping spiders are found running among the herbaceous vegetation. The adult males seem to spend all of their time searching for females, waving their legs while they search. Here are a few of photos of males and females Tutelina from our yard. 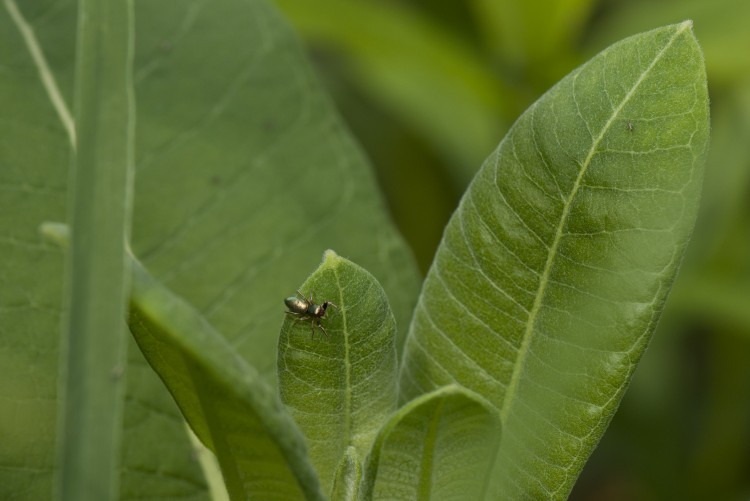 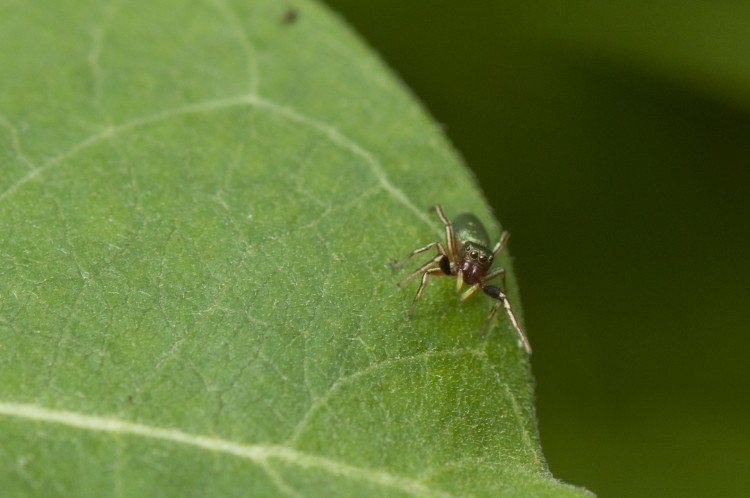 Tutelina elegans female, she can wave her legs too! 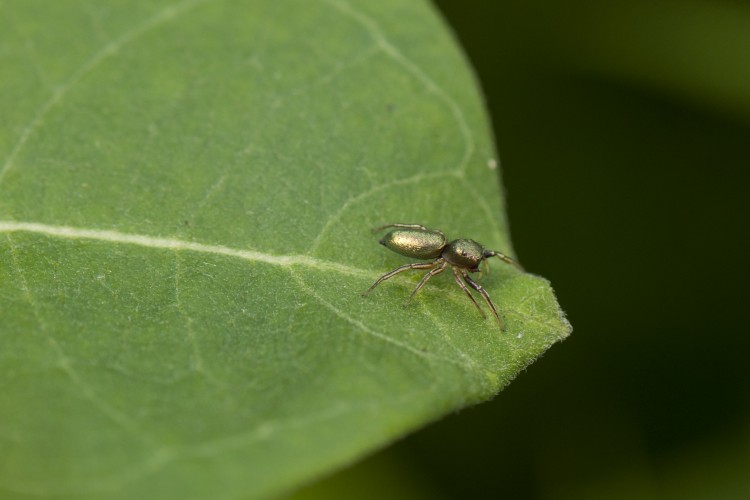 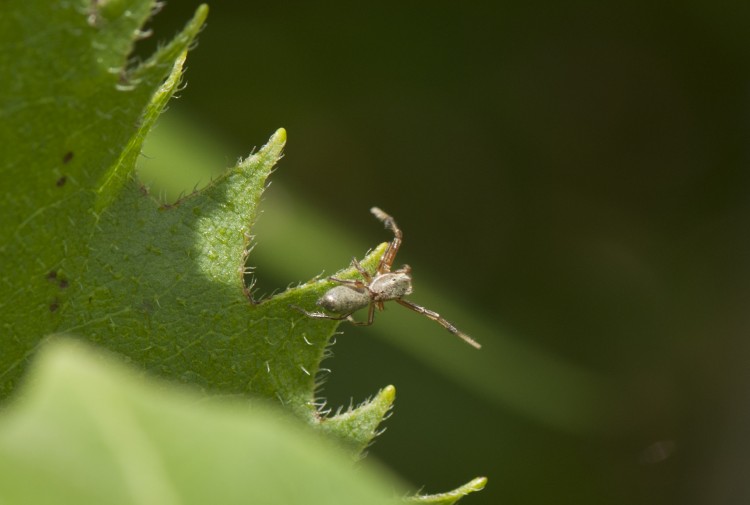 Tutelina elegans male searching for a female, waving his legs 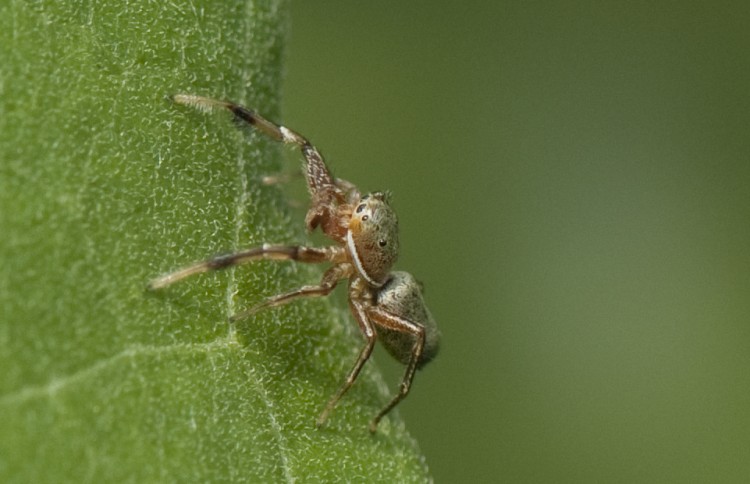 This elegant iridescent green spider is actually very common in much of eastern North America. You can find more information about it in Common Spiders of North America (p 205, plate 63).  I thank George Keeney (Ohio State University) for identifying the beetle Enoclerus rosmarus.