It is that time of year again, I’m starting to receive email queries about large brown spiders in webs.   Typical questions ask about identification and whether or not the spider in question is “dangerous.” The messages sometimes include helpful photographs, often taken with mobile phones. These snapshots are usually good enough that I can recognize the spider as Neoscona crucifera (aka arboreal orbweaver or variable orbweaver). 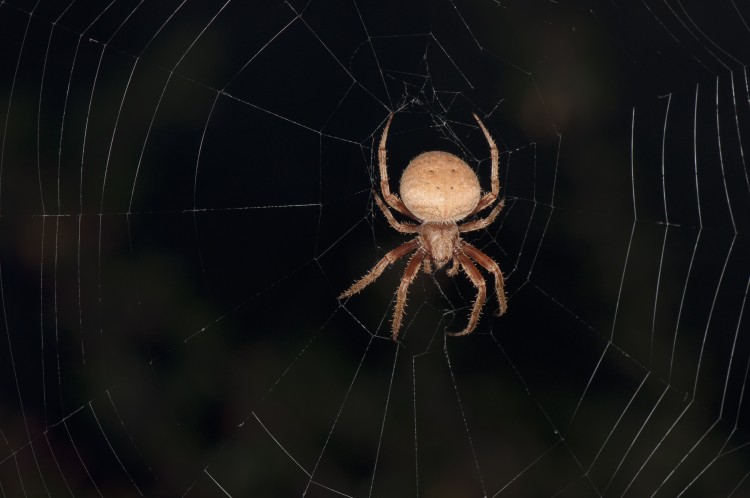 This species is interesting for a number of reasons. It seems to have adapted well to human-altered habitats. It is common at the edges of woods, orchards, suburban yards and even building webs directly on houses and other buildings. This species is common, even abundant in the east, and has recently expanded its range and abundance in the south and west. 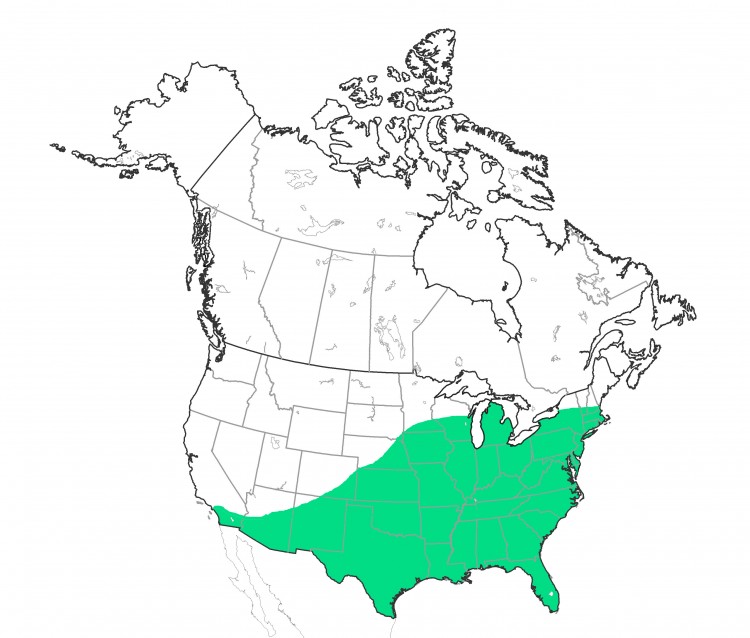 The webs of this spider are often quite large, with a frame of 3-5 feet and an orb with a diameter between 1 and 1.5 feet. The webs may be built near windows or other light sources. I suspect that they build in such situations because of the abundance of potential prey insects attracted to lights at night. During late summer and autumn search for these spiders building their webs just after dusk. If you time it just right, you can catch them in the act. The amazing construction dance of a large heavy-bodied orbweaver is always a wonder to behold. Pay attention to the leg movements, that is how she uses her body dimensions to gauge the spacing of the spiral sticky strands, and of course the web becomes larger as she grows. After she is done, she will typically hang, head down, at the hub or center of the web for most of the night. Typical prey are large moths, beetles, and other night-flying insects. Sometimes the spider will remain in the web after sunrise.

Like all of the orbweavers found in North America, Neoscona crucifera is considered harmless to humans and pets. They are shy spiders and will either rapidly retreat, or perhaps drop from their web if disturbed. In my experience they do not bite humans. Like most spiders, they are venomous, but they employ their venom against insect prey.

One dramatic feature of the members of the orbweaver group (Family Araneidae) is the pattern on the belly (ventral side) of the abdomen. Most of them have a central black spot, usually nearly rectangular. At each corner of the black area are a series of pale (white, cream, yellow) spots. These spots can be shaped like a comma, or nearly round. The pattern of a black patch with such conspicuous spots is often mentioned by people when they see this spider for the first time. Sadly, they are not too useful in identification because some variant or another occurs in many species. For example, each of the four members of the genus Neoscona in Ohio include this feature. 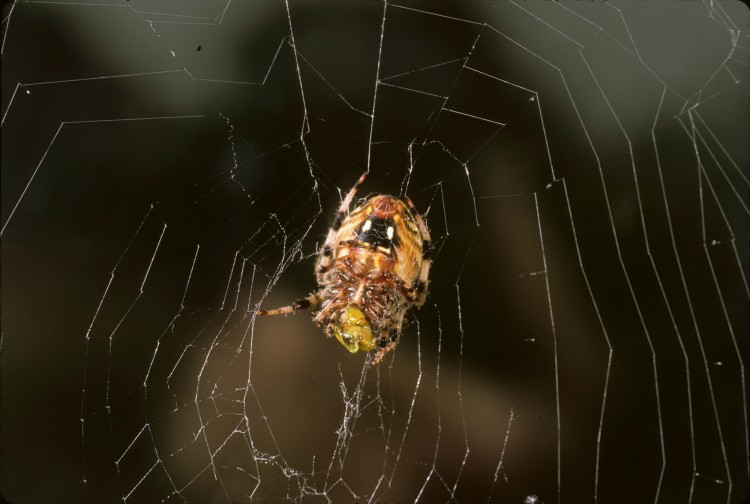 Immature individuals of this spider emerge in the late spring, but they don’t become large enough for most people to spot until summer. By late summer they are hard to miss. The individuals that are most often noticed are females, which can be large. Some have a body length of about 20mm (3/4 inch) with a leg span of 1.5 to 2 inches. One of the most remarkable things about these spiders is how extremely variable they are. Some are plain, with a faint pattern on the abdomen, or no pattern at all. Others can show a dramatic cross-shaped mark on the abdomen, with or without a series of dark markings. Such variation doesn’t seem to be geographic, instead it is polymorphism that can sometimes be observed among several individuals in one locality. In addition to variation in pattern, the base color varies from orange, through reddish brown to a plain brown or tan. 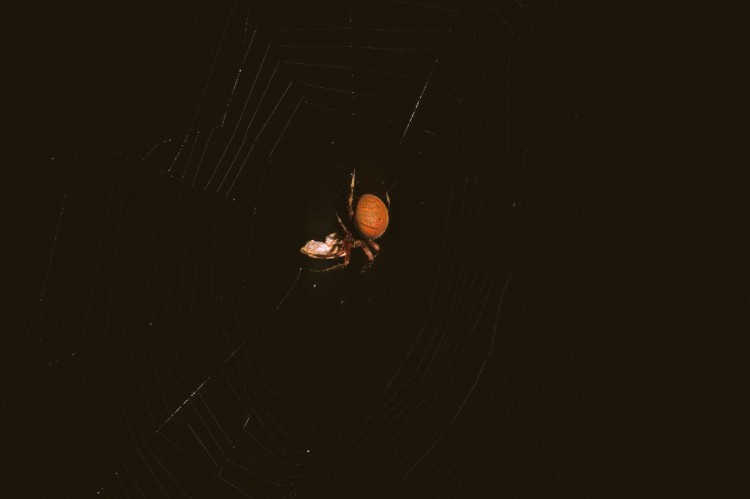 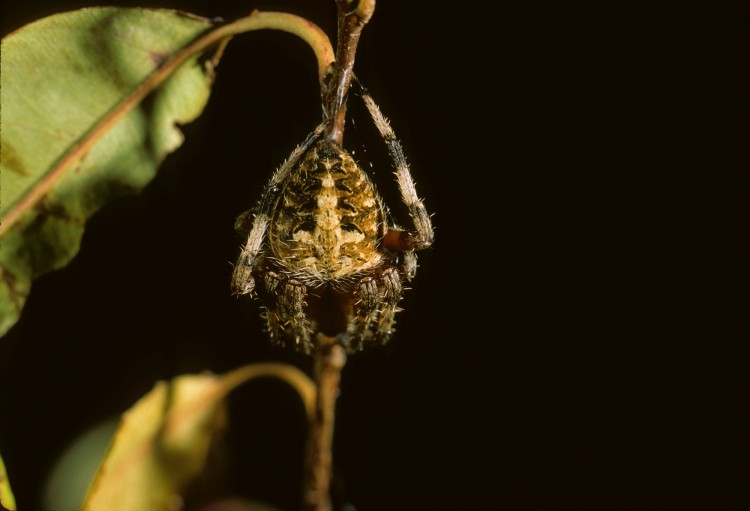 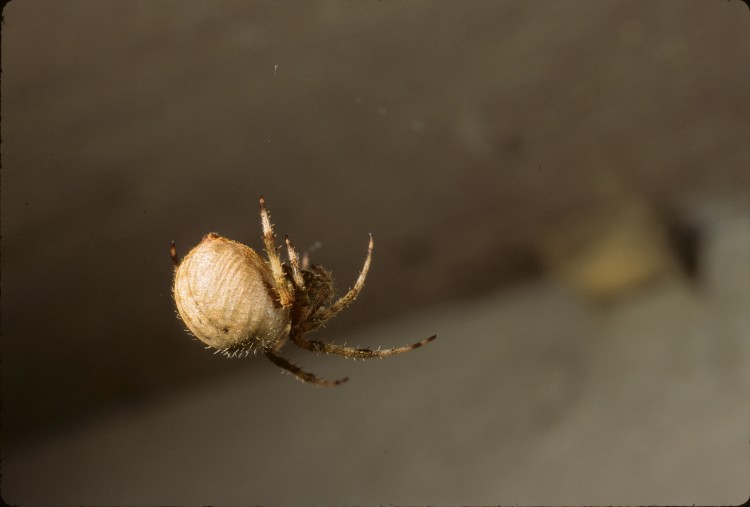 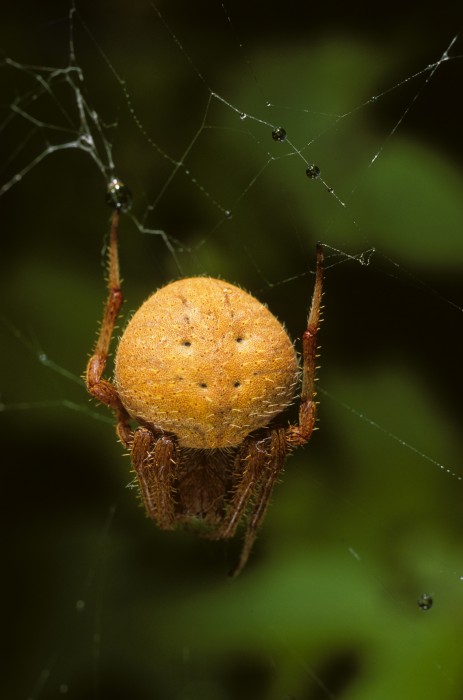 The femora (large segments of the legs nearest the body) are usually orange or red in color. This can be seen when the spider has its legs completely spread, and may not show if the spider is in its defensive crouch. 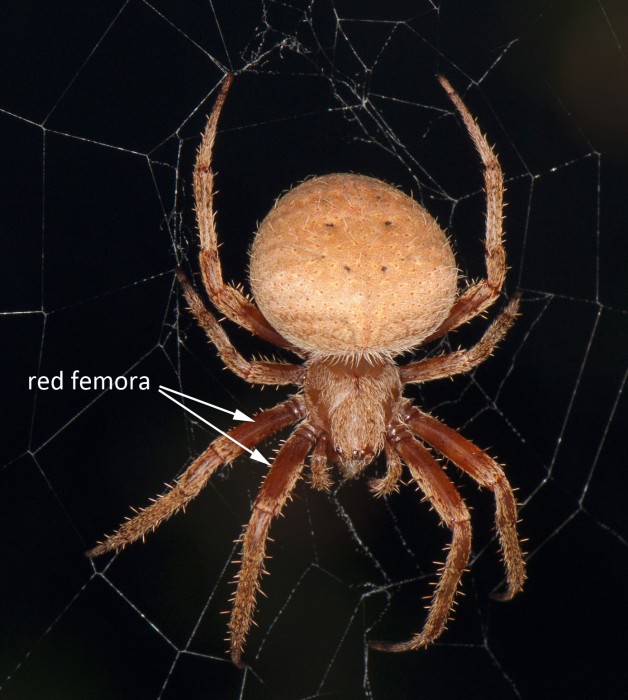 The males can also be variable in color and pattern. They typically have a smaller body than the females, with proportionately longer legs. After reaching maturity, the males abandon their webs and wander in search of females. Perhaps because of their smaller, slender body, or leggy look, the spines on their bodies seem more prominent. These wandering males may accidentally enter houses. I have records of wandering adult males here in Ohio between 11 August and 11 September. 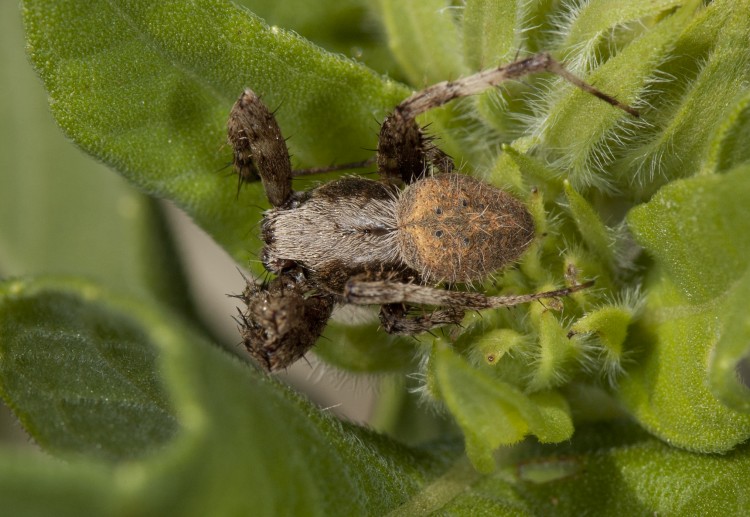 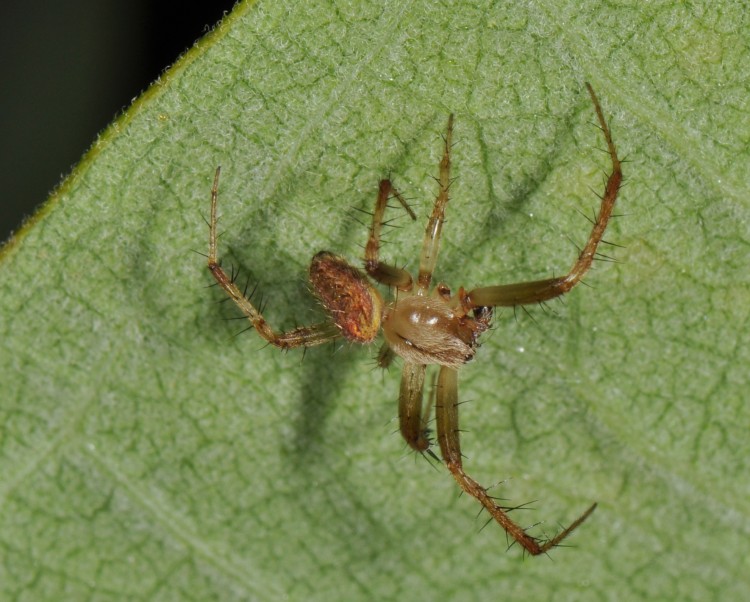 male Neoscona crucifera searching; note that he has lost one of his legs

By the late autumn, the females have mated and are fat with eggs. They will construct one or more silken egg cases containing hundreds of eggs. These eggs survive through the winter and emerge once the weather becomes consistently warm in late spring. My records of adult females in Ohio extend from 15 June through 2 December. Most will perish with the first hard frosts in October and November.

You can find more information (p. 99) and illustrations of this species (Plate 15), and its relatives in my Common Spiders of North America.