Home→Blog→Uncategorized→the enemy of our enemy is our friend

Some of you will know, and possibly be plagued by a newly introduced pest insect, the Brown Marmorated Stink Bug (Halyomorpha halys).  This animal was accidentally introduced in to the United States from Asia in 1998. They are an agricultural pest, and when they mass for overwintering, they can be also be really annoying.  Often hundreds concentrate in and around buildings.  When annoyed they produce a foul smell that probably evolved as a defense against predators. 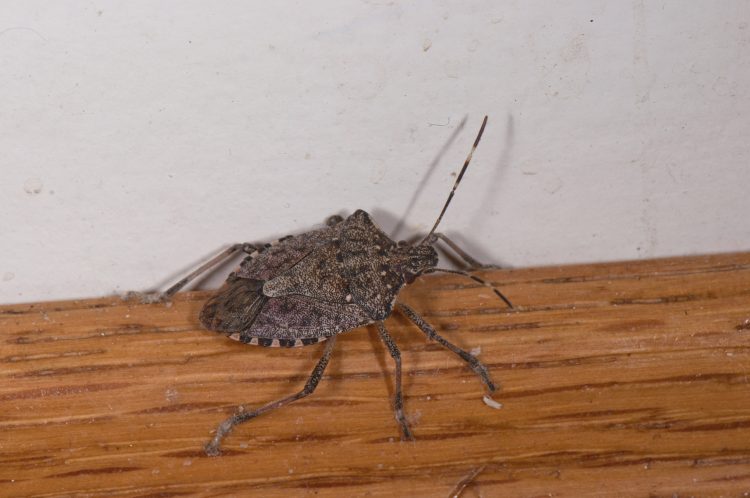 Today’s blog entry is the story of how having spiders around the house can help. Several of the most common household and yard spiders in Ohio are known to eat Brown Marmorated Stink Bugs. Here are photos of just a few that I’ve caught in the act. 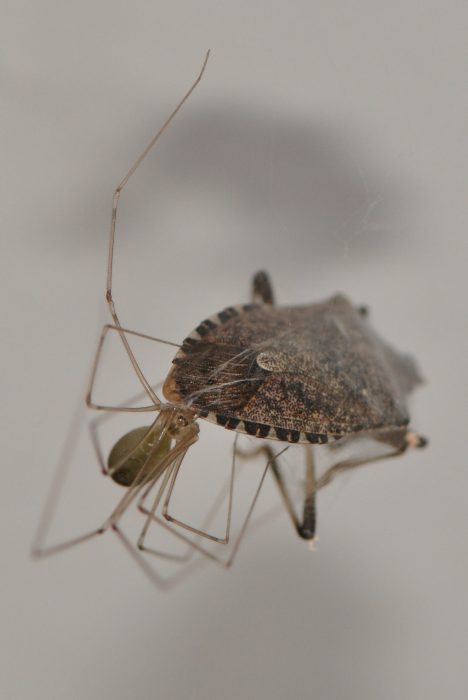 Long-bodied Cellar Spider (Pholcus phalangioides) feasting on a Brown Marmorated Stink bug that it found in our basement. 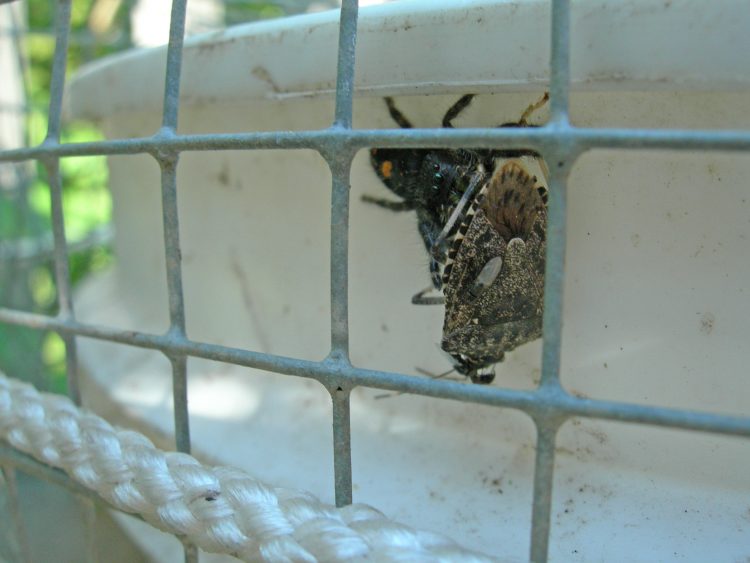 Bold Jumper (Phidippus audax) feeding on a Brown Marmorated Stink Bug on our back porch.

Common House Spider (Parasteatoda tepidariorum) with a Brown Marmorated Stink Bug prey found on our back porch this spring.

So at least three good reasons to keep those spiders around the house!  It reminds me of the Machiavellian-like statecraft statement “the enemy of our enemy is our friend.”